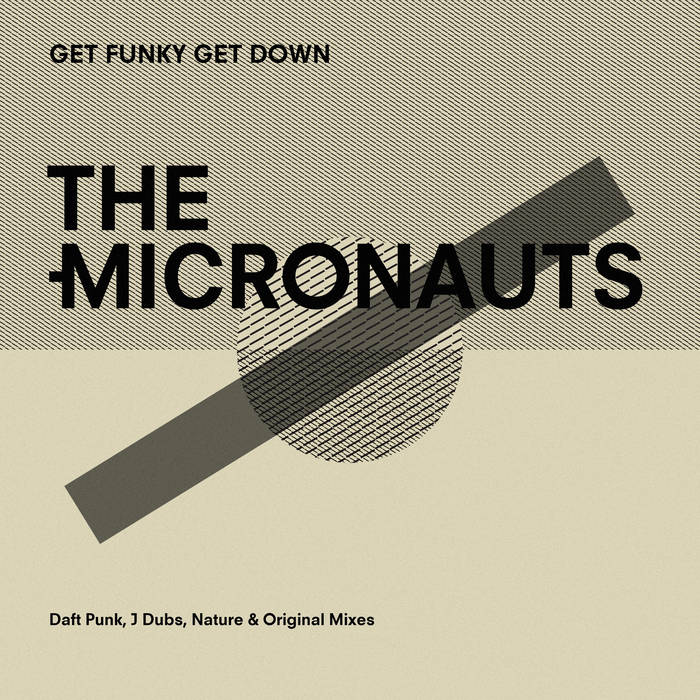 This record reissues the first track of The Micronauts, “Get Funky Get Down”, along with Daft Punk’s remix of it (their first ever!). Both were originally released in 1995 on the London label Phono, who also discovered Matthew Herbert, Morgan Geist and Freaks (aka Luke Solomon & Justin Harris). Two totally new versions accompany them.

Never before reissued, the original version has made a remarkable comeback on record diggers’ playlists in London, Berlin or Brussels for the past two years… Notably Jamie Fry’s, an English DJ living in Berlin, who produced for the occasion the “J Dubs Edit”, true to the sound of his 100% vinyl sets (Jamie is the guy behind the infamous Stablo records and runs with Radio Slave the label The Double R).

Concluding this EP is the “Nature’s 1994 Cassette Version” found, as its name implies, on a demo cassette tape recorded in 1994.